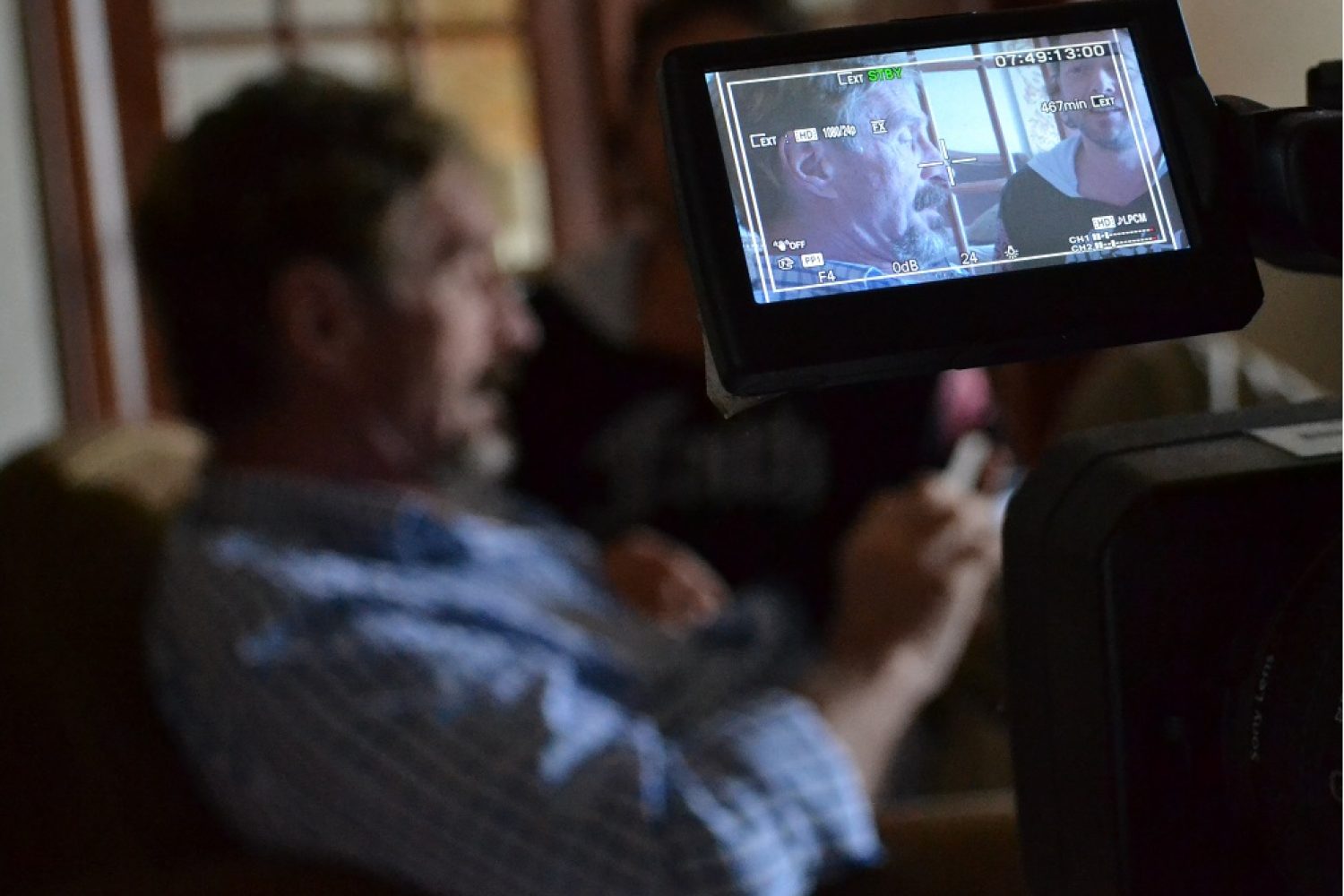 ‘To stay alive as long as possible

He fled the Central American country of Belize to Portland, Ore., by way of Guatemala and Miami in the wake of his neighbour’s murder, with his 20-year-old girlfriend and a film crew in tow. Yet little is what it seems with John McAfee, 67, the Virginia-raised software developer, who sold his eponymous anti-virus company in the mid-’90s to pursue a life of sun, sex and adrenalin. His life changed—though not necessarily for the worse—when he became a person of interest following the November 2012 killing of American Gregory Faull in Belize. McAfee claims the government wanted to frame him for the murder, and that he orchestrated his own media feeding frenzy to prevent his detainment. His escape from the country was certainly cable news fodder, and will be part of a series of movie and book-related projects by Montreal-based Impact Future Media.