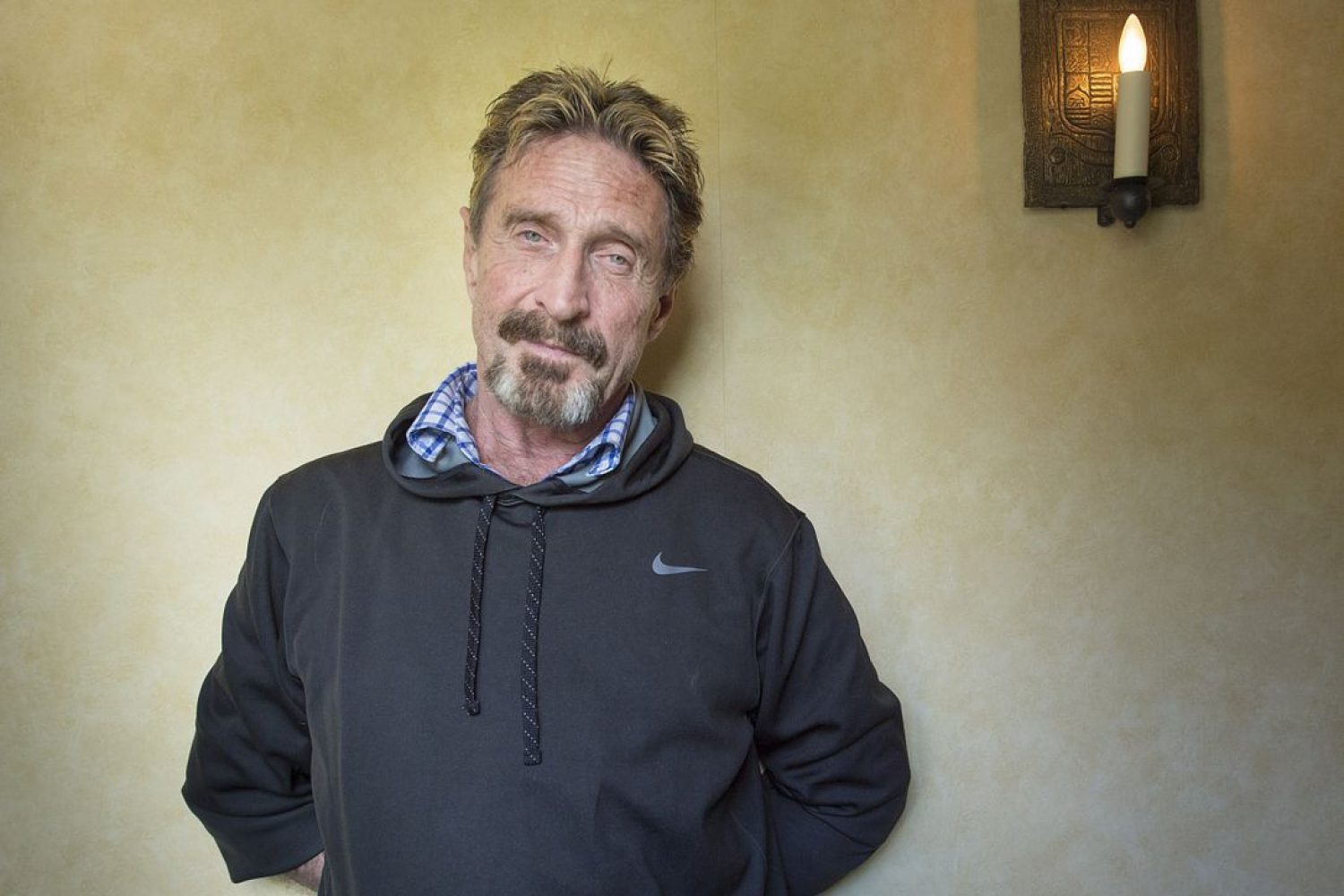 MONT TREMBLANT, QUE.—The southern town of John McAfee’s youth was a quiet place in the 1950s.

It was an era that seemed, to the young British-born boy with an abusive father, plastic and artificial, one in which everyone was dying of boredom.

So the boy, who would decades later found the ubiquitous antivirus software, changed it, leading the neighbourhood boys out into the forest surrounding Salem, Va., where they built their own world: of freedom, without adults or chores or calls for dinner.

“And it was great,” says McAfee, a tall, lean 67-year-old now. “We got to escape from the real world and create our own.”

He’s been doing it ever since.

Late last year, McAfee ignited a media frenzy as he fled authorities in Belize following the murder of his island neighbour in the small Central American country.

The fame and notoriety kindled during that four-week saga that began last November is now stoking McAfee’s next incarnation, that of a celebrity, cranking out his life story in the form of a documentary, biography, graphic memoir and an upcoming Hollywood film.

He’s drumming up attention, doing interviews and a series of video. The first online video, in which a red-robed McAfee lambasts the antivirus program still bearing his name while seated at a table laden with guns and containers marked “bath salts,” was viewed more than 3.5 million times in its first 10 days on his YouTube channel.

It was the documentary, produced by Montreal’s Impact Future Media that brought McAfee in mid-June to Mont Tremblant, Que., a playground of the rich and famous nestled in the Laurentian’s a couple hours’ drive north of Montreal.

In rooms on the third floor of the boutique Hotel Quintessence overlooking Lake Tremblant, a crew spent several days filming for the $1-million documentary, titled after his blog, Who is McAfee .

Full Story on The Toronto Star